The National Scleroderma Foundation announced today that recording artist Ashley Barron has been named their official Celebrity Ambassador.  A new star on the country music scene, Barron was diagnosed with scleroderma at age five.  At that time, her family had never heard of the disease, a common experience with the rare disease, which only affects 300,000 Americans.  Now as Celebrity Ambassador, Barron is working to represent the organization and increase awareness and understanding of scleroderma as she travels the country for performances. Tragically, Ashley lost her mother, Carol Lee Barron, to scleroderma in October 2020.  Her mother’s diagnosis of systemic sclerosis occurred only four months before her death.

“I am so honored to have the opportunity to work alongside the National Scleroderma Foundation to bring awareness to this disease,” says Barron. “I never thought when I was diagnosed at 5 years old, that I’d one day get the opportunity to bring support and community to others that I did not have. I’m very excited for the future and what is to come.”

“Ashley is uniquely positioned to help others affected by scleroderma find their best path forward,” said National Scleroderma Foundation CEO Mary J. Wheatley.  “As a talented recording artist, as a person who has scleroderma herself, and as someone who lost her mother to this disease, Ashley’s compelling story can touch people in her audience who need to know about the disease and the work the National Scleroderma Foundation is doing to address it.”

Barron’s latest single, “The Wind,” from her debut album is a hope filled anthem that captures the imagination and embodies the spirit of a powerful, independent woman who finds a positive way to move forward no matter what life throws her way.

The Foundation and Barron’s recording label, SSM Nashville Records, have plans for future appearances, both virtual and in-person, as health and safety restrictions allow.  Barron will be on tour this spring and summer sharing her story, and her songs, with an audience for the first time in years. In the scleroderma rare disease community, connecting with others on the same path makes a difference. To learn more about scleroderma and the National Scleroderma Foundation, visit www.scleroderma.org. 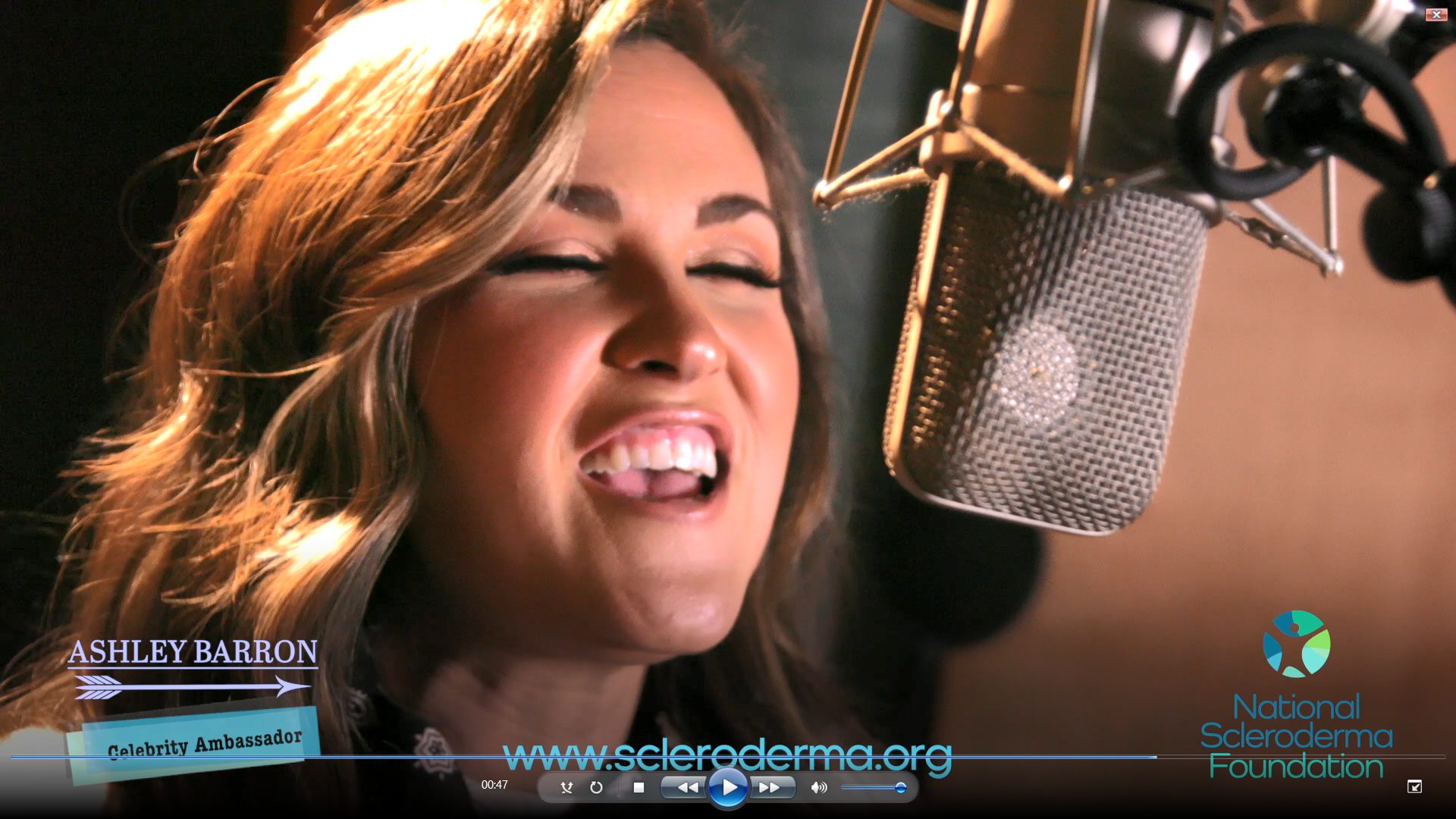 Ashley Barron is country music artist who embraces the independent and powerful country woman aura in her writing and music. Influenced by the country greats such as Johnny Cash and other modern stars like Miranda Lambert, she now incorporates her life experiences and stories into her writing, creating passionate, home-grown, and relatable music. Her past single, “Beer in a Bar,” received critical acclaim and topped in Billboard at #37. Her next release, “Let Me Go,” showed her strength both lyrically and vocally.  Ashley’s newest single, “The Wind,” is an encouraging anthem to stay strong and keep going when life gets difficult. Her self-titled, debut album is available now! To learn more: ashleybarronofficial.com, background.

SSM Nashville Records is an established Music Row company with proven success for over 15 years. Their artist roster and team have more than 40 years of experience in the music business that account for breaking many artists and for millions of records sold. SSM Nashville Records is a song-driven company that strives to establish a family atmosphere. To learn more: ssmnashville.com, background.

Scleroderma is a rare rheumatic disease that affects connective tissue and the vascular system causing an overproduction of collagen (fibrosis) in the skin (localized scleroderma), and the internal organs (systemic sclerosis), which can be life-threatening.  Anyone can have scleroderma. The cause is not yet known and there is no cure.

The National Scleroderma Foundation is a relentless force for people who have scleroderma as it advances medical research, promotes disease awareness, and provides support and education to people with scleroderma, their families and support networks. Its highly regarded peer-reviewed research grant program aims to discover the cause, understand the mechanisms, and overcome scleroderma forever.  scleroderma.org